McGowan said he uses the term “unhoused”  instead of  “homeless” at the request of the people he serves. They make shelters out of available materials, including tents, that are considered home for those living on the streets.

Since the beginning of the COVID-19 pandemic, life has changed for people across the U.S. and beyond. Jordan McGowan is no exception. McGowan is a self-described freedom fighter, revolutionary, radical and educator who made a drastic change to his everyday life by going into his local community to serve the unhoused.

McGowan holds many titles. He’s a wide receiver coach at Sacramento City College, a history teacher and basketball coach at Rio Tierra Junior High School, and – along with others – launched the Sacramento Neighbor Program, which supports those living on the streets.

“I would hate to say that I’m the sole founder of the Sacramento Neighbor Program because there’s so many facets of what we do,” McGowan said. “It’s really this collective of individuals who are all working together. I had been trying to feed folks for a while…but it was small scale.”

Away from work, McGowan is a busy person. He’s married with three kids and one on the way. Before the pandemic, he would get up at 5:30 a.m. to train his younger son, Adrian, 7, for an hour or more before going home and preparing for work. He would then teach at Rio Tierra Junior High School and then – depending on the season – either coach basketball or head to Sacramento City College for football. At the end of a long day, he’d head home to his family.

With sports and his coaching put on hold due to COVID-19, McGowan now uses the extra time in his schedule to further develop the Sacramento Neighbor Program. McGowan started feeding the unhoused in 2014, but since July of this year he’s been able to work on the initiative to help the unhoused consistently.

A majority of volunteers with the Sacramento Neighbor Program said they met through social media and were drawn to McGowan based on shared beliefs and wanting to help the unhoused.

“We make sure that we are not just handing bags out and walking away,” said Emily Fisher, who has volunteered with the Sacramento Neighbor Program for almost two months. “[McGowan] leads by example. He walks up and he says, ‘Hey, what’s your name? I’m Jordan. What can we do for you?’”

McGowan considers himself a radical thinker thanks to his father; he was a Black Panther and influenced how McGowan sees the world. The Black Panther Party for Self Defense was founded in Oakland in 1966 in response to police violence toward Black communities. The Black Panthers also started social programs, including breakfast clubs.

“To say that I’m following my father’s footsteps is hard for me to do because [he] was my everything,” McGowan said, tearing up. Being compared to his father, he said “would just bring me joy.”

The Sacramento Neighbor Program has helped get medical care and long-term housing for a family but McGowan’s definition of success looks different.

“I think the ultimate telling on if we were successful, if we made an impact, if we were able to continue in that tradition of the Panthers,” said McGowan, “[is] how long can we do it? How can we be sustainable? How can we really help free the people? I think that’s ultimately the legacy we’re trying to leave.” 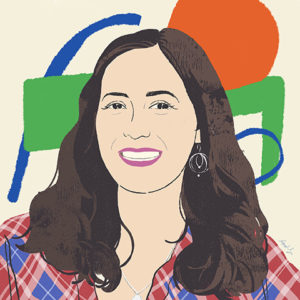 Sara Nevis is a recent graduate of Sacramento City College, where she received her associate’s degree in journalism, photography, chemistry and interdisciplinary studies (math and science). Now she’s a journalism major at California State University, Sacramento, where she’s the multimedia editor for the State Hornet, the student news site. She has worked as the Express photo editor at Sacramento City College and as a freelance photographer for the Sacramento Bee and the Stockton Record. Her goal is to engage readers visually with video treatments and photographs. She is from Sacramento, Calif., and likes to share the stories of individuals that would normally not have a voice.