When Ismael Cisneros contracted COVID-19, he had to contend with financial instability along with deteriorating physical and mental health. His lungs weren’t taking in enough oxygen. He had a constant fever, sore throat and body aches. Along with the pain, he worried about what would happen if his health continued to worsen and he had to go to the hospital.

“I didn’t want to go to the hospital due to the high costs,” said Cisneros. “I don’t have insurance or the money to pay for something like that, so it did worry me a lot.”

Cisneros isn’t alone in his concerns. Some COVID-19 survivors who sought hospital treatment faced staggering bills upon release from their doctor’s care and long-term health effects, despite the federal government’s promises to cover the costs.

Cisneros didn’t just worry about medical expenses. During his illness, he struggled to pay for groceries and cover the rent for the home that he shares with eight other family members, including his grandchildren.

All nine members of the Cisneros household tested positive for COVID-19 in July. His son was the first to test positive, on July 4, and everyone in the household exhibited symptoms. Cisneros’s symptoms lasted longer and were more severe than those of his family.

He had a hard recovery from COVID-19, but he could only miss two weeks from his job as an auto mechanic.

“I do not have a fixed salary. I work as a contractor,” said Cisneros. “If I don’t work today, I don’t earn any money.”

Soon after his diagnosis, the church where Cisneros is an associate pastor, Iglesia Vida in Sacramento, stepped up to support his family. Every day, church members left prepared meals and groceries on the front porch of his house. And Iglesia Vida’s head pastor suggested to Cisneros that he open a Venmo account, in case people wanted to offer financial support directly.

“I didn’t think they were going to help that much,” said Cisneros, but the donations paid his rent for the month he was sick.

All over California, non-profit and religious organizations have assumed the role of aiding communities amidst the COVID-19 pandemic. This is especially true for Latinx communities, which face health and socioeconomic challenges, and for some, a language barrier.

Thousands of other Latinx people in the state, like Cisneros, don’t have health insurance and work for essential businesses that require showing up to their jobs in person. Many cannot afford to skip a paycheck.

As of Oct. 15 Latinx communities in California are experiencing the highest death rates from COVID-19—more than double that of white people, according to data from the California Department of Public Health.

Cisneros says he took all the precautions he could, such as keeping a supply of gloves in his car for trips to the grocery store. Despite these efforts, he believes he was exposed through his son’s co-worker.

Now recovered, Cisneros is using his experience to advise those around him.

“I don’t want anyone to experience what I went through,” said Cisneros. He tells everyone he meets: “Cover yourself. This is a disease that can either be just having a fever for a day and that’s it, or it can take you to the grave.” 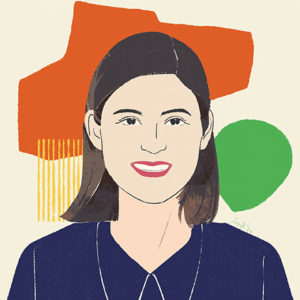 Adriana Morga Oregel is a student at San Francisco State University, and her goal is to report and uplift stories of the Latinx community. She is a digital producer at KQED and the city news editor at the Golden Gate Express, SFSU’s student news site. She has done internships at Al Día, the Spanish publication of The Dallas Morning News, and at KQED as the Raul Ramirez Diversity Fund intern. Morga is from Tijuana, Mexico, but considers San Francisco her second home.